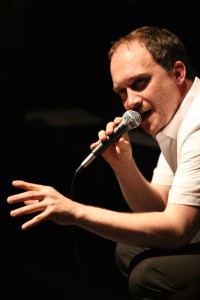 Chris Thorpe is back!

If you pinned me against a wall, I’d probably admit to being a liberal. Of course, pinning me against a wall is exactly what I’d expect from someone like you. A show about the gulfs we can’t talk across, and about the way we choose to see only the evidence that proves we’re right.

With an election looming and new voices appearing in mainstream UK politics, Chris Thorpe and The TEAM Artistic Director Rachel Chavkin examine the phenomenon of confirmation bias through an honorable dialogue, real and imagined, with political extremism. To find out how we believe what we believe and how we can end up so far apart.

Opportunity to see hugely successful production from an award-winning creativ team, performed by a man who is fast becoming one of the most powerful performers in the UK“ (The Scotsman)

Chris Thorpe | Writer and Performer
Chris is a writer and performer from Manchester. He is a founder member of Unlimited Theatre and also an artistic associate of Third Angel. He is making a cycle of solo pieces and continues to collaborate with companies like Slung Low, Forest Fringe, RashDash and Soup Collective, with whom he wrote and recorded the piece The Bomb On Mutannabbi Street Is Still Exploding, which has been permanently installed at the Imperial War Museum North. Chris’s plays have been produced worldwide and he has toured with Unlimited and Third Angel in Europe, Africa, Asia and the USA. Zwischen 2004 und 2014 trat Chris Thorpe bei allen Here & Now Festivals im TiG7 auf.

Rachel Chavkin | Director
Rachel is a Brooklyn-based director/dramaturg/writer, and the Artistic Director of collaborative ensemble the TEAM. Founded in 2004, the TEAM makes new work about the experience of living in America today, and aims to keep the brain, eyes, and heart of the audience constantly stimulated. 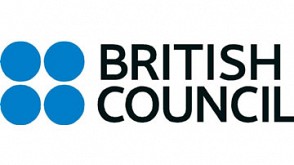